Paints and Houses – Our Education Reality

EDUCATION, TECHNOLOGY AND THE NEW NORMAL

COVID-19: How Nigeria is Innovating Around Education 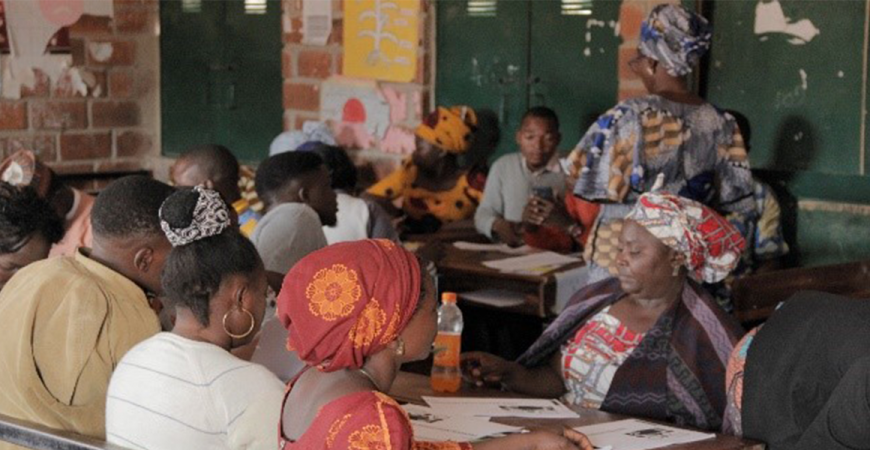 Kaduna state is one of the biggest and most developed states in Nigeria. It is the fourth largest state in Nigeria by landmass, and according to the National Bureau of Statistics, its internally generated revenue of N28,148,559,525.35 was the sixth-largest from January to September 2019.

Some of Nigeria’s most prestigious institutions, such as the Nigerian Defence Academy (NDA) and the Airforce Institute of Technology are domiciled in the state. The state is also a major railway hub, with a direct line to Abuja (which is part of the planned Lagos–Kano Standard Gauge Railway), and a part of the Lagos–Nguru and Port Harcourt–Maiduguri rail network.

According to the state government, from 2015 – 2019, the state has spent over N142.9 billion on basic education. This indicates a rather substantial investment in the education sector in the state.

In the first two weeks of February, The Education Partnership (TEP) Centre carried out the third cycle of the Integrated Teacher Capacity Development Programme (ITCDP) in Kaduna State. The programme, supported by Oxford university aimed to train teachers on how to collect and use data to improve the teaching process. Data from previous assessment of students were analysed by the teachers, who then came up with strategies to improve the learning process.

This programme was held in two local governments, Kajuru and Kaduna South. In Kajuru where I observed the training, I noticed a rather disturbing fact. A very large majority of the teachers present found reading, arithmetic, and critical thinking rather difficult.

Simple words like formative, accountable, and narratives, were pronounced wrongly and with difficulty. When asked to draw inferences from a visualization of assessment results, the teachers could only come up with a written version of the data they were asked to interpret. When asked to calculate the mean of a set of numbers, quite a number of them had to be assisted by their colleagues to get it right.

Reading, arithmetic and the ability to think for themselves are skills children are supposed to have a firm grasp of before leaving primary school. If the teachers do not have this, then how will the children get it?

In a state as accomplished and developed as Kaduna State, and in a state where over N142.9 billion naira has been invested in education over the past four years, there is a certain level of expectation. This expectation is not just in the physical infrastructure, but the human capacity of the drivers of the sector. Kaduna is one of the most developed states in Nigeria, which led me to the question of what will the situation look like in other less developed states who have not invested as much in education. Odds are it will be worse.

I went into that training not with high expectations per se, but with an assumption that the teachers had mastered the basic skills of reading and writing that they were trying to impart to the children. I was proven wrong.

Interventions are a good thing. It can help develop capacity in its beneficiaries. However, if we liken this scenario to building a house, interventions are like the paints that make the house beautiful. If we decide to bring our paints (interventions) to an empty plot of land, we would have wasted our paints in the long run. However, if the house is set up already, the paints will transform it into a beautiful structure. The houses are essential skills and technical know-how every teacher is supposed to have. Sadly, we are in a position where there are limited houses, and that is a problem.

Many suggestions have been made on how to solve this problem, including a focus on merit, increasing the bar for recruitment, proper monitoring and evaluation, etc. The fact is there is a problem. We need more houses, and without government policies, these houses will not be built. Let’s build the houses, to make our paints useful.