Who gets to learn in a pandemic? Exploring the digital divide in remote learning during the COVID-19 pandemic in Nigeria

EDUCATION, TECHNOLOGY AND THE NEW NORMAL

COVID-19: How Nigeria is Innovating Around Education 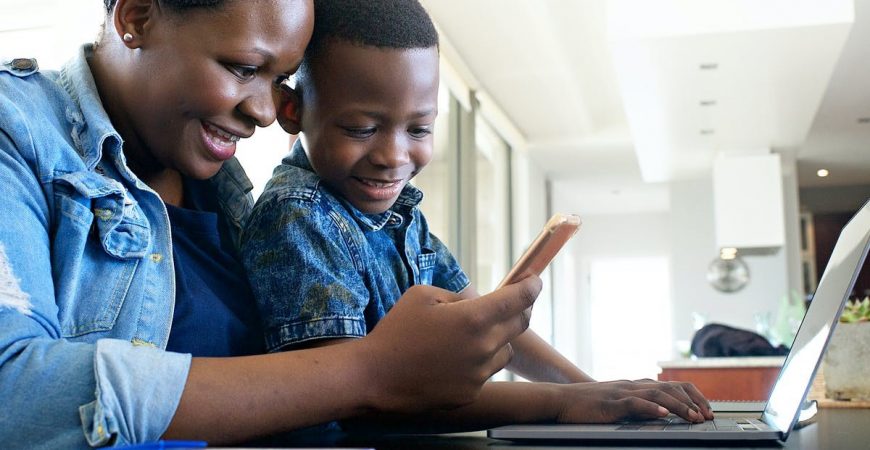 On the 11th of March 2020, the World Health Organisation (WHO) named the novel coronavirus (COVID-19) a global pandemic. The virus was spreading across the world and countries began to take action to limit and stop the spread of COVID-19 as much as possible. Nigeria, like many other countries, issued a national lockdown and ordered limitations to face-to-face meetings and physical interactions. As a result of the pandemic, various organisations and institutions were closed and schools were not left out. On the 19th of March 2020, the Federal Government of Nigeria ordered the closure of all schools across the country and students had to learn remotely.

The challenge however, was that the remote learning infrastructure were not necessarily available for all children to learn. After about a month of school closures and remote learning, The Education Partnership (TEP) Centre and The Nigerian Economic Summit Group (NESG) documented the responses of key education stakeholders in Nigeria and reported the adoption of learning alternatives by students and parents.

From the data collected by TEP Centre and NESG, a very pertinent question arose. This question was; Who gets to learn in a pandemic?

In this study, we set out to understand how remote learning was taking place, who was accessing or not accessing learning, if learners had the tools to learn and if they were getting the right support from their parents during the period of school closures. Our inquiry was based on Bourdieu’s theory of social (economic) and cultural reproduction and it’s link to digital and educational inequalities. Bourdieu argued that those in better socio-economic positions could transfer some form of cultural capital to their children that could lead them to have educational advantages above those without these forms of capital. In light of digital inequalities (divide), the lack of economic capital (wealth) could lead to a corresponding lack of internet access, which had become necessary for education access and attainment (cultural capital).

Our knowledge of existing inequalities in Nigeria as whole and its education system in particular, suggested that a digital divide would be inevitable during school closures as a result of the pandemic. Internet penetration in the country is still far from full coverage, and majority of the population with access to the internet are those from richer socioeconomic households who were more likely to send their children to private schools. Also, these parents from better socioeconomic households, were more likely to be educated and well able to provide the needed support to their children’s learning needs.

When we analysed the data, our prior knowledge of the context and assumptions were confirmed. We found that there was a digital divide and some children did not have access to learning remotely. The proportion of students who reported that they were not academically engaged during school closures were higher for those enrolled in public schools than those reported by private school learners. Attending a private school significantly increased a learners probability of being academically engaged by 12 percentage points. Those attending public schools on the other hand, were more likely to report that they faced challenges accessing learning online. Access to electricity, access to devices, phone credit, internet data, and poor internet connection were the main challenges limiting students access to learning remotely. Students attending public schools were more likely to report that they needed digital tools to access remote learning during the pandemic. 53% of government school respondents reported that they needed internet enabled mobile phones, 55% needed access to the internet and 51% reported that they needed laptops and only 9% reported they needed nothing (reported as I have all I need to learn the way I want). On the other hand, students attending private schools were more likely to report that they had everything they needed to learn remotely, attending a private school increased this probability by 9 percentage points.

On the side of the parents, the data revealed that some parents were not supporting their children’s remote learning, and the reasons they reported were lack of know-how, busyness, someone else doing it or cost implications. We found that parents who are more educated were more likely to report that they were able to support their children’s learning, this provided empirical evidence that some children missed out of learning during the COVID-19 pandemic. Beyond the parents’ level of education, the data showed that parents’ ability or inability to afford internet connection, sufficient number of ICT devices, constant electricity and private tuition/home tutors, influenced how well they were able support their children’s learning remotely.

The implication of these inequalities on access to learning during the coronavirus pandemic is that some students were “left behind” in the learning process. While some may have been left behind digitally, others may have been left behind completely depending on their social, economic or cultural capital. Our findings speaks to social and cultural reproduction of educational inequalities that already exist in Nigeria’s educational system, the literature on inequities in educational attainment have reported that students from lower socioeconomic backgrounds are more likely to be enrolled in public schools, have poorer educational outcomes, less likely to have parents who can support them academically compared to their peers in private schools. With school closures due to COVID-19, they were faced with additional inequalities of not being able to access learning remotely. This momentary educational set back could exacerbate the learning gaps between children from poor households and their counterparts from richer backgrounds. These inequalities have the potential to impact their success both in the short term and in the future, in accessing higher education and labour market opportunities.

Our study therefore recommends that digital infrastructure and internet access provisions need to be made available to support the education sector generally and specifically for children from poorer backgrounds. One size fit all policy measures will not address the gaps in educational outcomes of children because this study shows that the multifaceted socioeconomic impact of COVID-19, disproportionately affects the poor and vulnerable learners in Nigeria.